Welcome to the New York Peruvian Film & Art Showcase, a celebration of the exhilarating fifty-year journey of Peruvian cinema and modern art. This year’s program is dedicated to the Peruvian migrations as they have been portrayed through films, paintings, literature and music.

Over the last five centuries, Peru has become a truly multi-ethnic country that consists of a combination of several cultures.  The Amerindians, who originally migrated from Asia, were the first inhabitants of the land that was to become Peru after several thousand years. Then, through the Spanish conquest in the 16th century, an influx of Caucasian settlers took place all the way through the Colonial period. Along with them, Africans brought as slaves became part of the population. Eventually, these three groups intermixed with one another, creating a large ‘mestizo’ or mixed race.

After Peru’s independence from Spain, the nation began to receive more immigrants from Europe, especially England, France, Germany, Italy and Spain. After the abolition of slavery, a significant number of Chinese and Japanese migrants also came over to work as laborers.

In this edition of the New York Peruvian Film & Art Showcase we want to honor all of those citizens that, through origin or adoption, made the birth of a new nation possible. This celebration of Peru’s cultural legacy will showcase documentaries, short films, video art, and a feature-length fiction, and it will also pay homage to the life and work of our great friend, Japanese-Peruvian master painter Venancio Shinki.

The Sixth New York Peruvian Film & Art Showcase is directed and produced by photographer and filmmaker Lorry Salcedo, in collaboration with the Trade Commission of Peru in New York, the Peruvian American Cultural Institute (ICPNA), Mr. Jeffrey Rosen and Ana Maria Estrada de Rosen, the Center for American Studies in Lima (CEA), Cerveza Cusqueña – Backus Corporation, the Consulate of Peru in New York and the Film Library of the Pontifical Catholic University of Peru (Filmoteca PUCP).

Admission by Invitation (with some first-come, first-serve seating for the general public)

Venancio Shinki, of Japanese descent but with a Peruvian soul, is one of the great masters of contemporary Peruvian painting. This documentary shows us a piece of his life and his art through the history of Japanese immigration in Peru.

Award ceremony: The Backus Corporation Lifetime Achievement and Contribution to the Arts Award.

Features the testimonies of the last surviving members of the Jewish community who escaped the Holocaust and began new lives in Peru.

This documentary focuses on the Peruvian woman of French descent who became involved in the Second World War and saved the lives of many Jewish people. 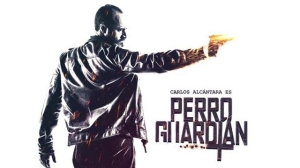 This crime thriller tells the story of “El Perro” (played by Carlos Alcantara), a former member of a paramilitary group turned hit man who is concerned about the repeal of a government amnesty law protecting soldiers from prosecution. This is the first film directed by Higashionna (of Japanese descent) and Caravedo.

An old song resonates in the mind of Helmut, a song that returns to open the door to the old ghosts of his childhood and confronts him with the dominant presence of aunt Helga’s life. This short story highlights the German presence in Peru.

This film narrates the migration process of the first Chinese people that came to Peru around the 1850’s who were driven by the abolition of slavery.

Chronicles the life and accomplishments of Guzman Aguirre Altamirano, a man who went from extreme poverty to economic success by migrating from his Andean hometown to the coast of Peru, eventually becoming a notable entrepreneur and politician.

A feature-length documentary that focuses on the lives of young boys who put their lives at risk to save others in an active terrorist zone in the Andes Mountains.

Get your tickets in advance: http://goo.gl/4Ezun6

Afro-Peruvian music and culture, perhaps some of the lesser known in the Americas, were socially silenced until the middle of the last century. Latin Grammy-winner Susana Baca, one of those responsible for their emergence and international recognition, traveled across the Peruvian coast to collect all the elements of black music and tradition that she presents in this beautiful documentary. 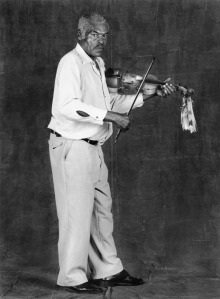 Amador Ballumbrosio is one of the greatest Afro-Peruvian musicians. He and his fifteen children have contributed to the preservation and promotion of this kind of music, from their small hometown of El Carmen to the world. This gem of a documentary, narrated by poet Cesar Calvo, shows his beginnings as a musician and a young Amador full of life.

Susana and Ricardo have investigated the traces of African migration in the Americas since their beginning of their careers. On this occasion, they show us their latest research book accompanied by a music concert featuring Afro-Peruvian rhythms.